10 active honeymoon destinations in Himalayas to appease your adventurous side

Many people think of honeymoons as a time of relaxation – of days on the beach and nights in a luxurious bedroom. But that’s not for everyone – and if you’d prefer something a bit more active, why not tries out the Himalayas? They’re just as beautiful as the remote, sunlit islands we usually think of as honeymoon destinations, but with the added bonus of having lots of things to do. It’s perfect for any adventurous couple.

Shimla is set in India, and used to be the summer capital of the British.

With a mix of its traditional Indian heritage, as well as the remnants of the British colonial era, there’s a variety of architecture to explore – from British-styled churches to Indian temples. Visiting both St Michael’s Cathedral and Jakhu Temple will let you experience the huge range of history of the place. Summer is best for those of you looking for a low-energy adventure, with warm breezes through the local woods and the opportunity to head out into the mountains. In winter, the world of winter-sports open up – and its even home to an ice-skating carnival! Its highly recommended for those of you who want something more adventurous than your standard honeymoon, but still want a place to relax. 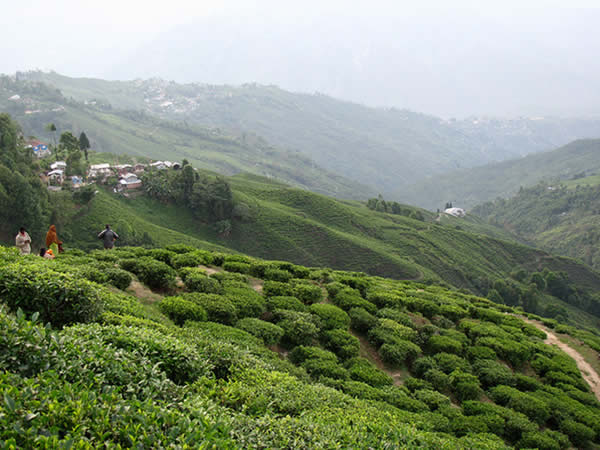 You’re probably familiar with the name Darjeeling from the tea named after it, and indeed, it is famed for its tea plantations.

Once again, its home to a beautiful combination of colonial era architecture and Buddhist monasteries, set against the background of the hills. If you’re looking to experience some of the local wildlife, there’s also a zoo with snow leopards and red panda. It’s particularly rainy between June and September here, so it may be better suited to a spring or autumn honeymoon. It’s a steep place, but one with good rail links, meaning you can easily incorporate it into a rail journey throughout the Himalayas. Our top recommendation here is Tiger Hill – a popular summit with lots of morning tourist trips out to watch the sunrise. It’s a beautiful view of India’s highest mountain (Khangchendzonga) and because it’s so popular, there are heated lounges at the top!

Ladakh is much less colonial, and far more traditional in what to expect.

Surrounded by jagged peaks, there are monasteries, mani walls and prayer flags scattered about, making it a cultural must. Unfortunately, because of the wall of mountains around it, there is no road access to it between October and May, so make sure you plan to go in summer! Take time to see the Shanti Stupa, a huge white spired stupa built in 1991. Whilst it’s a climb to get there, it’s only around fifteen minutes, so not too challenging. Ladakh is also a great place to cycle around – with high passes from Ladakh to the Kullu Valley; the journey takes around ten days and encompasses both snow-capped peaks and low-land meadows. 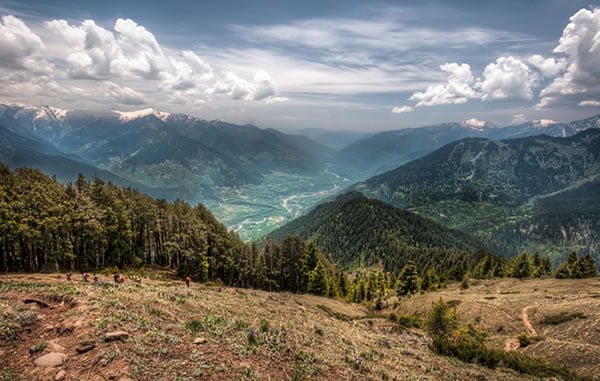 As mentioned, Kullu Valley can be a great end-point to a cycle holiday – but it’s fascinating in its own right.

Known as the Valley of the Gods, if you’re looking to experience the quintessential Himalayas honeymoon, this is the place to go. With mountain villages, fast-flowing rivers, pine forests and looming mountains, it’s exactly what one might imagine when thinking of the Himalayas. Thanks to it being a fairly popular tourist spot, there’s a lot of access to skiing and mountaineering, as well as fishing! We particularly recommend Solang Valley, which has winter skiing and summer paragliding, parachuting and horse riding. Brilliant for those of you wanting something a bit more active!

Another valley, but this time in Nepal, it’s the place to go if it’s culture you want. With at least 130 major monuments, and seven world heritage sites, it’s a great compact location to get a lot in.

With a multitude of temples and shrines, you’ll be able to explore the religious heritage of the country to your heart’s content. If you want something with a decent night-life, then Pokhara is a stunning lakeside town for you. If it’s something quieter you fancy, try Nagarkot. Both of these have a good amount of outdoors activities to try, but with very different atmospheres. Finally, the Kathmandu Valley is also home to the Shivapuri Nagarjun National Park, which is great for mountain biking. 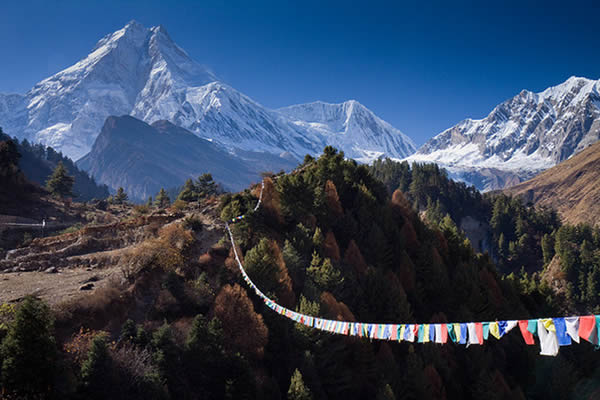 Manaslu is the eighth highest mountain in the world, with the option to approach from almost all angles.

That said, it’s certainly not one for inexperienced climbers! There are two key ways to experience this mountain – either climbing up it, past its glaciers and ridges, or (and this is our recommended honeymoon choice) the Manaslu Circuit Trek. This goes round the peak, and is a traditional tea house trek. This is easier than the climb itself, but still somewhat tricky. You’ll also require a special permit. That all said, it’s well worth it, covering both Hindu and Buddhist cultures, and going through both low and highlands.

Mount Kailash is a sacred mountain for Hindus, Buddhists and Jains, as well as being close to two sacred lakes.

This is not one to climb, but one to circumnavigate. The path around it is about thirty or so miles, and will take about three days. Traditionally, this circumnavigation is considering bringing good fortune. Foreigners must register in advance and pay an admission bee, as well as requiring a guide. It’s well worth the effort though, and you can start from places such as Kathmandu or Lhasa, making this just one part of a longer holiday.

This mountain kingdom is set right in the heart of the Himalayas, with Tibet to the north and India to the east/south.

Filled with ancient Buddhist culture, thick forests and deep, open valleys, it’s a great place to trek through rural landscapes and explore relatively untouched nature. Because of this untouched nature, the Tourism Council of Bhutan is very careful in its restrictions, and once again you’ll be limited by visas, costs and other such things. It’s well worth it though, because it’s one of the more remote parts of the Himalayas, and great to get away from the usual tourist haunts.

This sanctuary, which is also known as the Kedarnath Musk Deer Sanctuary, is the largest protected area in the western Himalayas.

Close to the famed temple of Kedarnath, it’s diverse and wide-ranging in its landscape, with forest, meadows, rock and snow. Despite being a wildlife sanctuary, it’s also home to numerous Hindu temples, meaning you can experience the local culture as well as the wildlife. Expect to see musk deer, flying squirrels, snow leopards and wild boar, as well as a huge variety of birds and reptiles. 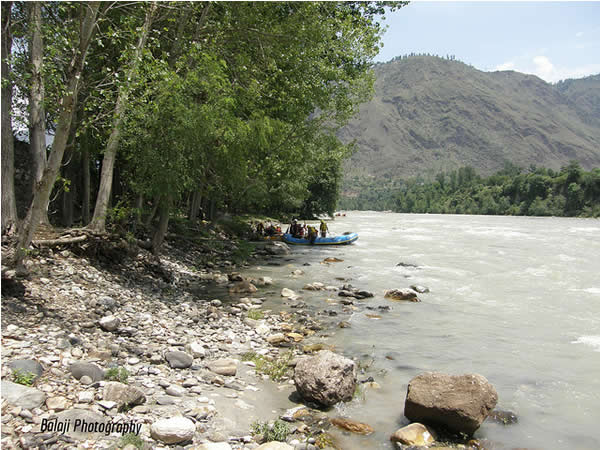 The Brahmaputra is one of the more challenging river rafting routes, including grade IV, V and V rapids, making for a difficult but enticing twelve day expedition.

This is the ultimate in adventurous honeymoons, taking place in one of the biggest and most remote rivers on the planet. Passing through tropical rain forests and under snow-capped mountains, you’ll get to see all the Himalayas have to offer, and from a location most people will never experience.

By Alfred Stallion and ShaktiHimalaya.com!