The 21st East Africa International Trade Exhibition (EAITE) on multi-sector products, equipment & machinery is the largest trade event held annually in Tanzania, the hub of the vast East African market. The exhibition attracts exhibitors from more than 30 countries and visitors from all over East & Central Africa, thus giving exhibitors an excellent opportunity to explore several countries at one time.

The largest international trade exhibition in Africa for multi-sector products, equipment and machinery will take place at KICC, Nairobi, Kenya from 01 – 03 August 2019 with record breaking numbers. Exhibitors and trade visitors are said to increase by 27% and 24% respectively at the 22nd edition of the Kenya International Trade Exhibition (KITE). The exhibition has grown in stature from its inception 22 years ago, as the key networking and sourcing platform for the industries. As the largest event of its kind, it ensures direct access to over 150 exhibitors from 30 countries and more than 12,000 trade visitors.

With a population of over 100 million people, Ethiopia is the second most populous country in Africa. Over the last decade, Ethiopia has had one of the fastest growing economies in the world. In 2017, Ethiopia’s real Gross Domestic Product (GDP) expanded by 10.9 percent, and is expected to grow by 8.5%, according to the World Bank.

After dominating the trade show industry in Kenya and Tanzania for the past two decades, EXPOGROUP expands its footprint in Africa with the launch of Ethiopia International Trade Exhibition (EITE), to be held at The Millennium Hall, Addis Ababa, Ethiopia from 24 – 26 February, 2020.

Unlike other B2B’s, ExportHub offers guaranteed result oriented services that differentiate us from the other B2B & Internet marketing industry. Over the last decade, ways to do business has changed multi-folds. To unleash your maximum business potential, we offer high-tech B2B and full-scale digital services. 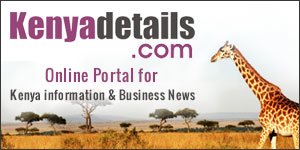 We also have a very interactive and moderated discussion blog.

Kenya Details was started with the aim of easing the process of searching for information in Kenya. We hope that you will find information on this website useful.

There is no finer place to display your jewelry collection than at the dazzling Singapore International Jewelry Expo 2020.

Gold & Gems Art Promotion Council of Pakistan (GGAPCP) is a private sector organization consisting of gold trade professionals and experts. These people converged at a platform to wage joint struggle to pull out this trade and art from the quagmire of backwardness.

It is one of the very few magazines in Goa giving an insight into the colourful Goan life, doubling up as a destination guide and bringing to you exclusive updates on each and every ‘happening’ in and around the state.

The biggest Property Expo in Goa. Goatimeline Property Fair has proved to be the pivotal trade event for real estate companies, leading developers and investors and also first-home & weekend-home buyers.

ABDAS is an independent voluntary association that actively promotes Industry and Commerce by encouraging the establishment of new businesses, regional and international.