The USA has an amazing mixture of cultures. Every immigrant nation brought something of its own to the table of traditions and customs honored in the USA. And those, together with ones of the native tribes, are still observed and practiced throughout the country.

Honoring a specific tradition is a way to show respect for your ancestors and remember where you come from. Wedding traditions are prevalent as they carry positive symbolism.

And there are many wedding traditions throughout the States, some more famed than others. For example, a bride wearing white or having something borrowed, something blue, something old, and something new. You would see these at virtually every wedding in America. Or in the movies, if you’re not from the States.

But there’s more than these worldwide known traditions. That’s thanks to the above-mentioned melting pot of cultures the States are. In the following paragraphs, you will find a selection of lesser-known American wedding traditions. They for sure deserve more attention.

Having a cake at a wedding is pretty common. Some wedding experts say that a cake is a centerpiece and the most beautiful accessory of every wedding. Many couples (or at least, brides) will give a lot of thought and spend hours choosing the right taste and shape for their cake.

For couples in Minnesota, however, there’s one special kind of cake. It’s called Kransekage or Kransekake. This cake offers the taste of old Scandinavian traditions that Minnesota residents brought when they moved to the Land of 10 000 Lakes.

The dough for the cake is made with almonds, sugar, and egg whites. After these ingredients are mixed, the dough is shaped in the form of concentric rings and baked. The icing on the cake is white and it’s keeping the layers together.

As for the ceremonial role of Kransekake, it is not cut with a knife. The newlyweds must hold the last ring and remove it. It’s believed that the number of rings sticking to the last ring as they pull it up signifies the number of children they will have. Later, every guest at the wedding event center should have at least a bite of the cake for good luck.

In Arizona – A cactus

Arizona is known for the Grand Canyon, magnificent deserts, and cacti. It’s the home of the saguaro cactus, which is unique for the state and is recognized worldwide as the Southwest’s symbol.

So, no wonder the unusual wedding tradition of Arizona is all about – cacti. The newlyweds will plant a cactus together, as the symbol of their ever-growing and durable love. They will also give cacti or some kind of succulents as a favor for their guests. And lastly, a cocktail is served at some weddings with a special ingredient. It’s a prickly pear, a type of cactus of course.

In Louisiana – the second-line parade

The Second line parade can be seen in many places down south but it’s especially popular in New Orleans. It started in the 19th century and was originally done at – funerals. It might sound a bit morbid from today’s point of view. But when you think about it, weddings and death are all part of human life.

So what happens at the second-line parade? It’s led by a brass band, followed by the newlyweds, friends, and family. Of course, it is expected and desirable for all passersby to join the parade. It signifies the beginning of a new life for the bride and groom, the life they will now share. This custom has a very practical side to it, as well: it’s perfect if you need to move your wedding party from one place to another.

In the South – the cake pull

There’s more cake on our list and it’s no wonder since it’s a great symbol of how married life should be – primarily sweet.

This cake comes from the south of the USA. It’s not meant for the newlyweds, but for their guests who are still single. In some cases it is all the single people, in others, it is only single women, or it’s just the bridesmaids. Depends on the size of the wedding and the cake.

In a sense, it’s similar to the bouquet toss most of us are familiar with. During a cake pull, however, every person taking part gets something. Small charms that are symbols of luck, health, and marriage are hidden in the layers of the cake. These charms are connected to ribbons that singles will pull to get them.

Many lovely traditions can be seen at a Hawaii wedding, but maybe the most beautiful one is the lei exchange. Lei is a garland you probably already associate with the Aloha state. It is usually put around the neck of the visitors as a token of welcome.

Lei is also part of the wedding ceremony. Usually, in the course of it, the couple will exchange the leis they specifically bought for each other. It symbolizes their love. In the past, lei was not bought but made in a ceremony before the wedding would take place, making this tradition even more special.

American wedding traditions are as diverse as the country itself. Not all of them get to be popular or often seen at weddings today, but that doesn’t make them less special or interesting. 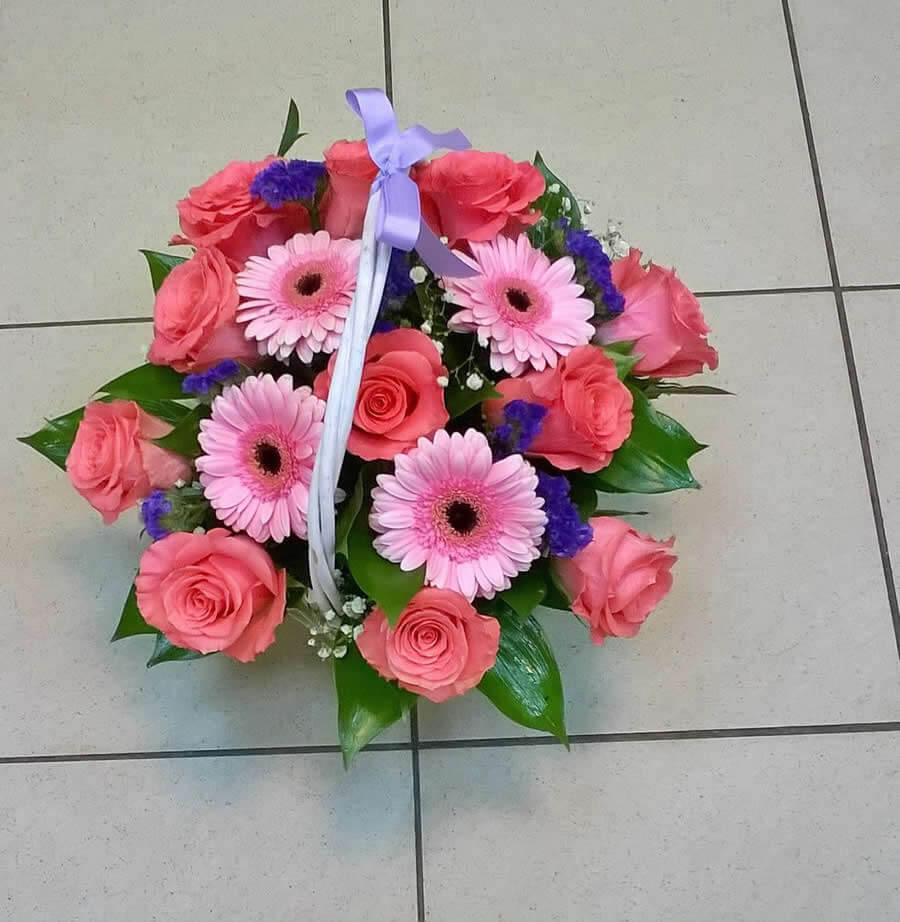 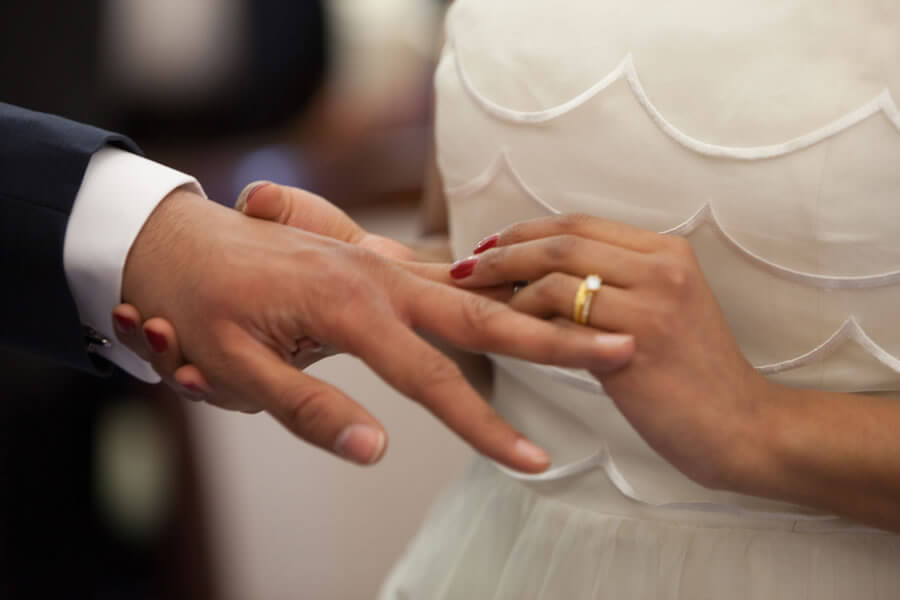 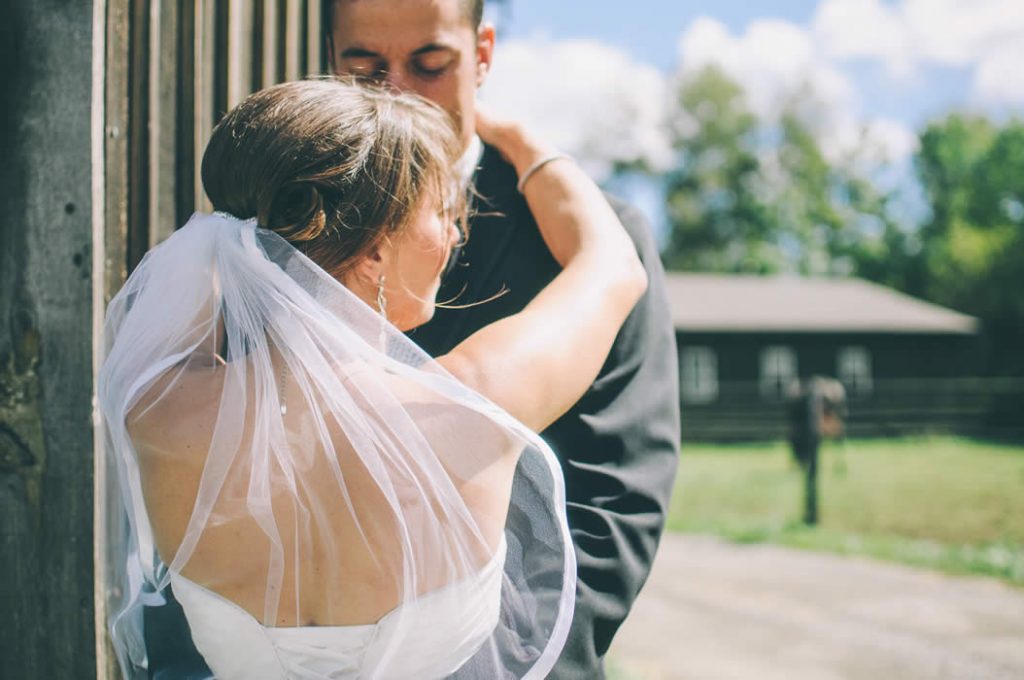