The Swiss watchmaker JEANRICHARD launched today the latest addition to its Aquascope collection. This new timepiece was conceived to celebrate the 150 years of Swiss-Japanese relations in 2014. Its special dial design is derived from a well-known Japanese woodblock print by renowned artist Katsushika Hokusai (1760 – 1849). “The Great Wave off Kanagawa” is amongst his best known works from “The Thirty-Six Vews of Mount Fuji”.

“We are proud to unveil this special model as a homage to this anniversary between Switzerland and Japan”, said Bruno Grande, CEO of JEANRICHARD. “As Daniel Jeanrichard is the first Swiss watchmaker to have ever built a watch movement back in 1681, we appreciate the pioneering spirit of the delegation that came to Japan 150 years ago. It is easily imagined that the delegation was strongly driven by their passion for success and pursuit to achieve something extraordinary. And what better way to celebrate the 150th anniversary of the two countries than to create unique timepieces by a Swiss watchmaker that pays respect to one of Japan’s greatest artists ever – Katsushika Hokusai”.

Katsuhika Hokusai (1760 – 1849) is probably the best ukiyo-e artist in Japanese history.Hokusai produced a tremendous amount of outstanding prints and paintings which have made him famous over the years.

“From the age of five I have had a mania for sketching the forms of things. From about the age of fifty I produced a number of designs, yet of all I drew prior to the age of seventy there is truly nothing of great note. At the age of seventy-two I finally apprehended something of the true quality of birds, animals, insects, fish and of the vital nature of grasses and trees. Therefore, at eighty I shall have made some progress, at ninety I shall have penetrated even further the deeper meaning of things, at one hundred I shall have become truly marvellous, and at one hundred and ten, each dot, each line shall surely possess a life of its own. I only beg that gentlemen of sufficiently long life take care to note the truth of my words.“ -(Hokusai)-

Hokusai was a man who pursued his art all his life. Lived his life to the fullest, savouring the best of each moment. He is a man who enjoyed everyday adventurers, authenticity and who made no compromises, be that on quality or on design. Hokusai had an independent spirit, scorned conventions and played by his own rules, travelling off the beaten paths. – Qualities of a true JEANRICHARD man- perfectly matching JEANRICHARD’s Philosophy of Life brand concept.

ABOUT 150 YEARS OF SWISS-JAPANESE RELATIONS

It was 150 years ago on February 6, 1864, when a Friendship and Trade Treaty was signed between Switzerland and Japan. It was in the final years of the Edo period (1602-1868) when Japan opened its boarders to foreign trade. Aimé Humbert-Droz, a native of Neuchâtel, was mandated in April 1861 by the Swiss Federal Council to conduct an official delegation to Japan with the intention to seize this opportunity to open new markets for the Swiss watch industry and the textile manufacturers in Eastern Switzerland. A proponent of liberalism, Humbert served as president of the Watchmakers Association and was a member of the Swiss Council of States. He ultimately played an instrumental role in concluding the Treaty of Friendship and Commerce between Switzerland and Japan. Humbert landed in Yokohama harbor on April 27, 1863, on the Dutch warship Medusa. From his arrival onward, he tirelessly pursued negotiations with the Japanese authorities. Finally, on February 6, 1864, representatives from the Tokugawa shogunate and Humbert’s delegation signed the Treaty of Friendship and Commerce – the eighth such treaty signed by Japan with a foreign country. As a consequence, Swiss trading houses in Yokohama were among the leading exporters of Japanese silk in the 19th century and in return, Switzerland exported fabrics and watches in significant quantities. The trade of Swiss watches to Japan flourished ever since.

ABOUT JEANRICHARD
JEANRICHARD watches have been conceived for all those who enjoy challenges, revel in the unknown, and would like to live their lives to the fullest, savouring the best of each moment. These are the everyday adventurers, who enjoy authenticity and will make no compromises, be that on quality or on design. They are independent spirits who scorn conventions and play by their own rules, travelling off the beaten paths. The art of life JEANRICHARD timepieces come in four different collections, each paying tribute to the elements of our universe: Terrascope, Aquascope, Aeroscope and 1681. Earth, water, air, plus the fire of passion that has inspired our brand for over three centuries and has excited sophisticated globetrotters every day anew.

ABOUT Katsuhika Hokusai (1760-1849)
Katsushika Hokusai was a Japanese artist, ukiyo-e painter and printmaker of the Edo period. He was influenced by such painters as Sesshu, and other styles of Chinese painting Born in Edo (now Tokyo), Hokusai is best known as author of the woodblock print series Thirty-six Views of Mount Fuji, which includes the internationally recognized print, The Great Wave off Kanagawa, created during the 1820s. 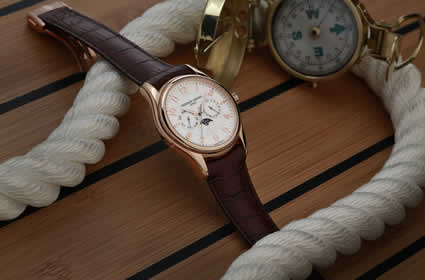