Kosma Stoyanof had 3 sons. When Dimitri, one of his sons, moved alongside them with her wife Katina, Kosma opened 3 bakeries for his 3 sons. Petro was in a shop in Sarıyer, where it is Sarıyer Börekçisi right now. Grigor was in charge of the bakery in Karaköy. But Dimitri in Üsküdar and Petro in Sarıyer were supporting each other with as they promised their father Kosma.

It was 1920, when Dimitri Stoyanof took charge of the bakery in Üsküdar among those in Karaköy, Üsküdar and Sarıyer and then settled in Kadıköy with his family. So, the story of Beyaz Fırın in Anatolian side began. Flourishing business in Üsküdar prompted Dimitri to open another shop in Kadıköy. First they became the partners of Cumhuriyet Fırını in the downtown. In 1931, while they paying their debts, Dimitri and Grigor joined the tender of Turkey Maritime Organization and got the management of the stall in front of Haydapaşa Station.

Stoyanof family had started to run the stall next to Kadıköy Port apart from the bakery in the Kadıköy downtown and the stall in Haydarpaşa. When the business got busy, Dimitri took today’s Beyaz Fırın and stall in Kadıköy, Grigor took the bakery in Üsküdar. At the night, when Grigory won the tender for the stall in Karaköy, everything is plunged into darkness with two gunshots he heard while walking on Galata Bridge.

After the death of Dimitri, hard days began also with beginning of the World War II. When they couldn’t find raw materials to run both of the bakeries, they shut down the stalls and Cumhuriyet Fırını, and continued their business in today’s Beyaz Fırın, in Kadıköy.
1940s, the days when flour and sugar were rationed, had been tough days for Beyaz Fırın as for the whole country. The bakery, suffering from its main ingredients, succeeded to survive almost just by selling almond cookies. Because there was no flour in almond cookies, they were made with eggs, sugar, hazelnuts and a little bit of bitter almonds.
Hard times of 1980s had been the starting point of Potato Rolls of Beyaz Fırın, still keeping its fame. As it wasn’t possible to sell old style pastries and savory buns for determinated price because of ceiling price implementation, Mitko went towards alternative solutions like many artisans of the time. They started to make potato rolls instead of savory buns and stuffed vegetable instead of pastries. Ceiling price implantation didn’t last long and savory buns started to be sold with pastries again. But Potato Rolls left a mark in the heart of Beyaz Fırın customers as one of the centennial flavours.
In years, Beyaz Fırın continued to witness the history of Turkey. When Mitko acceded, the idea of opening a new shop became the topic. After Kadıköy, Cemil Topuzlu store was the first to be opened. When it was open, this area was so quite that many people are surprised by the decision of Mitko. But contrary to worries, the store in Cemil Topuzlu gave new frequenter to Beyaz Fırın. In 2003 Erenköy, in 2005 Suadiye and in 2008 Ataşehir stores are opened. In 2015, Beyaz Fırın attended to a shopping mall project for the first time and opened a new store in Akasya Shopping Center.

Beyaz Fırın continued to produce with an unchanging excitement throughout its two century-old story from 1800s to present. Child frequenter of Kadıköy became grandmother and grandfather of today, but their habits never changed. Kids coming by holding their mothers’ and fathers’ hands became guests of Beyaz Fırın with their grandchildren now. 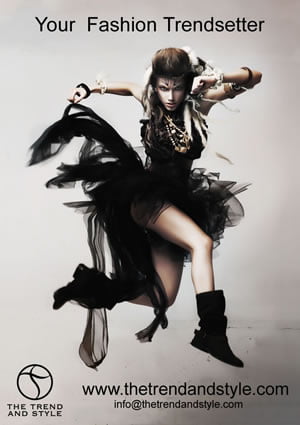 WorldWeddingGuide offers multiple opportunities for savvy brands to reach Bride and Groom during the key spending events in their lives.